S.S. Wilson, screenwriter of such films as Tremors and Short Circuit has just finished his first novel Tucker's Monster and is now writing his second novel Fraidy Cats.

S.S. WILSON has always been a storyteller with a love of fantasy.  His high school science project was an animated dinosaur that demonstrated the concept of persistence of vision, the “flaw” in human optics which makes movie watching possible.

As a teenager, Wilson made backyard stop-motion animation “epics” with 8mm film and later went on to study film and television at Pennsylvania State University and the USC graduate film program, where he met writing partner Brent Maddock.  He and Maddock landed early jobs writing material for animation giants Chuck Jones and Friz Freleng’s television specials featuring the Road Runner and Daffy Duck.

In 1983 Wilson and Maddock sold their spec script SHORT CIRCUIT.  Directed by John Badham, it was their first produced feature.  In quick succession, they wrote SHORT CIRCUIT 2, BATTERIES NOT INCLUDED, GHOST DAD; and served as consultants on Steven Spielberg’s animated THE LAND BEFORE TIME.

In 1990 they sold another spec, TREMORS, on which they also served as producers.  Directed by fellow USC alum Ron Underwood and starring Kevin Bacon, Fred Ward, Michael Gross and Reba McEntire, the film became a revered cult classic, spawning three sequels and a TV series.

Wilson and Maddock joined with Nancy Roberts (producer of all the Tremors sequels) and Ron Underwood to form Stampede Entertainment in 1992.  The first Stampede project was HEART AND SOULS at Universal, starring Robert Downey, Jr.

In 2001 it was TREMORS 3: BACK TO PERFECTION with Stampede partner Brent Maddock directing and Wilson handling second unit.

2004 saw both the debut of TREMORS: THE SERIES for the Sci-Fi Network (Wilson co-created and co-executive produced with Maddock and Roberts) and TREMORS 4: THE LEGEND BEGINS, with Wilson again at the helm.

Maddock and Wilson continue to write freelance while developing original material for Stampede.  In 2007 they wrote THE MARINE MAMMAL PROJECT for Disney and remake of SMOKEY AND THE BANDIT for Universal as well as a book adaptation, THE ADVENTURES OF SLIM AND HOWDY, for Sony BMG.

In addition to screenwriting, Wilson is branching out into fiction.  His first book is an action-adventure tale Tucker’s Monster. 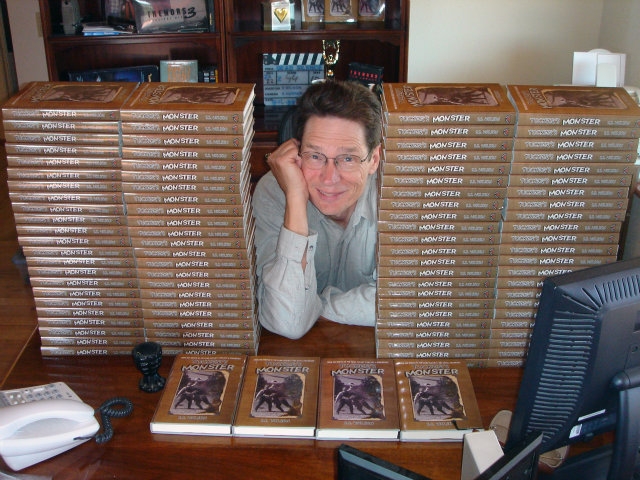 Please do not email us asking the value of your pedal tractor.  We get too many requests. Sorry.